Improve patient comfort and satisfaction with weekly advice
delivered directly to your inbox. 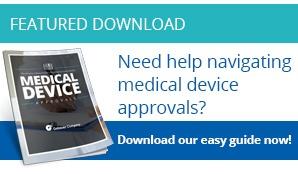 Do not spray in eyes. Over spraying may cause frostbite. Freezing may alter skin pigmentation. Use caution when using product on persons with poor circulation. The thawing process may be painful and freezing may lower resistance to infection and delay healing. If skin irritation develops, discontinue use. CAUTION: Federal law restricts this device to sale by or on the order of a licensed healthcare practitioner.

Published clinical trial results support the use in children 3 years of age and older. Ethyl chloride is FLAMMABLE and should never be used in the presence of an open flame or electrical cautery equipment. Use in a well-ventilated area. Intentional misuse by deliberately concentrating or inhaling the contents can be harmful or fatal. Do not spray in eyes. Over application of the product may lead to frostbite and/or altered skin pigmentation. Cutaneous sensitization may occur, but appears to be extremely rare. CAUTION: Federal law restricts this device to sale by or on the order of a licensed healthcare practitioner.

For much of modern history, cultures have used handshakes as a greeting and a symbolic gesture to close business transactions. But, since the COVID-19 pandemic began in early 2020, handshakes have almost entirely disappeared in favor of elbow bumps and socially distanced waves. Now, even as more people become vaccinated and are once again connecting in person, many of us are still a little leery of touching each others’ hands.

And for a good reason. Even with regular hand-washing (which, according to the CDC, 1 in 4 Americans don’t do), we carry all sorts of germs. In fact, according to data from Harvard Medical School, health care workers carry up to five million bacteria on each hand. And even a two-second handshake is enough to spread an infectious disease.

So, where does that leave the handshake (as well as high-fives and other hand-to-hand greetings)?

Here’s what we discovered.

How Did the Handshake Originate?

Some reports say the origin of the handshake dates back to the medieval era. In those violent and unpredictable times, people often concealed weapons in their hands, and, according to The Old Farmer’s Almanac, shaking hands was a way to prove you weren’t hiding something sharp up your sleeve.

Other historians point to ancient Greek and Roman art depicting people clasping hands. In these cases, it was often used as a gesture to symbolize a sacred bond — such as an alliance between rival tribes or kingdoms. Meanwhile, some Muslim scholars say handshakes were first introduced by the people of Yemen as a sign of welcome.

One palaeoanthropologist believes the symbol dates back even further. “I think the origins of the handshake go back far beyond antiquity,” Ella Al-Shamahi wrote in an article for The Guardian. “And probably prehistory to before we were even a species.”

Like many ubiquitous gestures, it’s hard to pinpoint the exact origin and reason. But whatever the case, it’s safe to say humans across the globe have been shaking hands for a very long time.

Will Handshakes Exist in a Post-Pandemic World?

When you follow the science, there’s no doubt shaking hands is an unsanitary behavior. Due to their warm dampness, our palms are the perfect place for bacteria to proliferate — and we’ve known for generations that our hands are one of the primary ways we spread pathogens. Even simply touching a public handrail and then touching your mouth or nose is enough to start an infection. And while studies show COVID-19 rarely spreads through surfaces, transmission of this and other pathogens is still possible.

Furthermore, hands are much better carriers of germs than handrails — which is just one of the many reasons infectious disease experts say handshaking is a behavior best left in the past.

“I don’t think we should ever shake hands ever again, to be honest with you,” Dr. Fauci said last year. “Not only would it be good to prevent coronavirus disease; it probably would decrease instances of influenza dramatically in this country.”

What Are Some Handshake Alternatives?

To look for alternatives to touching each others’ palms, we might take a cue from those who already forgo handshakes for cultural or religious reasons.

For example, in Thailand, people often observe the wai, which is a slight bow with the palms together in a prayer-like fashion. Similarly, in India and nearby countries, people often greet one another with the Namaste gesture. And while people in Korea and Japan do shake hands, especially in business settings, it’s often considered more respectful to bow.

We can also look to an experiment at UCLA that started after a 2010 study showed just 40 percent of doctors and other healthcare pros complied with hospital hygiene rules. To help cull the transmission of disease, Dr. Mark Sklansky decided to test a six-month “handshake-free zone” in a neonatal intensive care unit.

Instead of shaking hands, staff and families were encouraged to smile, bow, wave, fist-bump, or use the Namaste gesture. And while some staff members were apprehensive, patients’ families were overwhelmingly supportive, according to Medscape.

Of course, suggesting new behaviors amidst a deadly pandemic is one thing — but getting those habits to stick long-term is quite another. Especially given we’ve been shaking hands at least as far back as recorded history can tell.

“Anything as deeply entrenched in our culture, biology, and probably DNA as the handshake is, quite frankly, going nowhere,” Al-Shamahi says. And while she may be right, the least we can do is wash our bacteria-covered hands before and after we shake.

For additional information on empowering your caregivers in the infection control fight, click here to download our free eBook resource: Back to the Basics to Help Reduce HAIs