Sign Up to receive our latest blog articles & product info 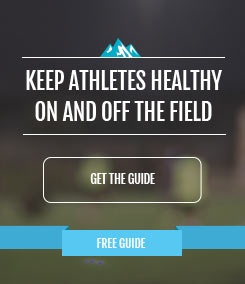 How Important Is Sleep for Student-Athletes?

Many student-athletes have full plates when it comes to their workload. From spending their days in classrooms, practicing after school for their sport, doing household chores or homework and studying in the evenings, student-athletes often do not have enough time in a day.

While some people may be better at time-management and keeping up with all of their responsibilities, it is not uncommon to hear about these overloaded individuals being tired due to lack of sleep.

It’s probably not a new feeling for a seasoned athlete to feel a little cloudy in the head or have slow response times after a bad night of sleep. While this may not be a regular concern, consistent lack of sleep, or sleep deprivation, can have a negative consequence on an athlete’s ability to optimize training or hit peak performance levels.

One study concluded that sleep deprivation (chronic or partial) can potentially change glucose metabolism and neuroendocrine function which may result in alterations in carbohydrate metabolism, appetite, food intake and protein synthesis – factors that can negatively influence the body’s internal processes resulting in potential for athletic performance decline.

How Much Sleep Do Athletes Need?

So, what does “good sleep” look like then? In a previous blog, we discussed how the general guidelines suggest 7-9 hours of sleep each night; however, it also goes on to discuss that sleep needs to be solid, with no interruptions or awakenings.

With this in mind, another study focused on sleep disrupt in athletes the night before competition. This is an important factor to consider since athletic performance is usually tested at the highest capacities during a competition. The study concluded that athletes may be at particular risk of disrupted sleep the night leading to a competition, which could negatively correlate to the competitor’s mood states.

While focusing on training and competition performance are important, one major aspect to also consider is staying healthy and injury free (or at least minimized) all season in order to practice and perform optimally on game day.

A 2014 study focused on 112 student-athletes in grades 7-12 which reviewed injury records (obtained from the students and their parents released through the school’s athletic department) and survey responses to find correlation. The conclusion of the study showed an association between sleep deprivation and increasing grade in school to be tied to higher injuries in the adolescent athletic population. Additionally, the study determined that encouraging younger athletes to obtain appropriate levels of sleep may help protect them from athletic injuries.

At the end of the day, balancing schoolwork, social life, sports practices, and general chores can be enough to push a student’s bedtime too late. Doing things like managing your time, keeping a planner to avoid last-minute rushes, and more discussed in our “4 Ways Student-Athletes Can Balance Sports & School” blog can help reduce some of the barriers student-athletes face when trying to reach an optimal sleep routine.